Irai Isai chemmal Fr.Devadhas (Greensborough) is having a global launch for his newly created music album for the Lent season “சிலுவையின்  வழியிலே” on 09/03/2014 at St. Gerard’s Church, after the second sunday Tamil mass and on  16/03/14 at Bandoora mass.  The album is proudly produced by Mr. Lucas savariyar and the proceeds would go to help two deserving widows families.

This is a free cd. But donations are welcome to help the cause. 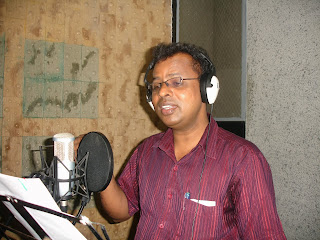 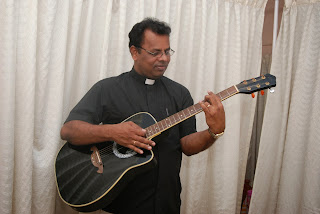 May our lives be in tune to the music of the Gospel.

Devadhas (Deva), a Roman Catholic priest-Musician, a creative and fascinating keyboardist and an artist of varied interests in the region and the diocese of Kottar. I was born in 1966 to Sri Paniadimai and Smt. Barbarammal at Mulloorthurai, Thengapattanam, an important port and harbor of Tamil Nadu. My father Paniadimai, is a fisherman, who was my Guru. He was a choir master and was also a vocalist. One of my elder brothers was a Keyboard player and my four brothers are singers and music lovers.

I am a self-taught musician. Being proud to be a self -made musician I am known for my dexterity and delicacy in handling the instruments. I am catering my art not only to the erudite scholars in music but also to children and layman. My play reflects my own different moods and the demands of audience with whom I establish and enjoy rapport. I dwell with ease and competence at the highest and the lowest octaves. My performances with the group were a huge success always. I had given hundreds of performances with leading musicians..

I was made a music director while playing the keyboard and guitar as part of the orchestra for the choirs at Nanjil Natham Company. I had been composing more than 500 songs and am a very good innovative liturgical singer and music consultant. As I had tuned for so many lyrics i have directed and set music for 100 devotional songs and 25 social awareness songs and I have been an occasional lyricist too. I would be the person to introduce new eras in liturgical singing especially during penitential services. And I was given the title of IRAI ISAI CHEMMAL (Giant in Sacred Music) by the Tamilnadu Region Art Association in Madurai Region.

As a recognition of my music A.R.Rahman, the great music Director has inserted  one of  my compositions namely SANGAMAM ANBIN SANGAMAM in the very recent feature film of Marriyaan, acted by Dhanush. Now as I landed in Australia I have been appointed as an assistant Priest in St.Thomas and Sacred Heart parishes in the Archdiocese of Melbourne, Australia.

Music speaks what cannot be expressed,

Soothes the mind and gives it rest,

Heals the heart and makes it whole.